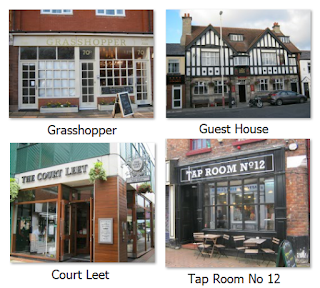 The Southport & West Lancs branch of CAMRA will shortly be presenting its branch awards to local pubs, bars and clubs. These awards are decided by the votes of ordinary CAMRA members who have visited all the finalists. Because the branch covers two quite dissimilar areas, Southport and Formby on the one hand and West Lancs on the other, there are two sets of awards. This year the winners include a traditional pub, two micropubs, a modern pub and a cricket club.
West Lancs
• Pub of the Year is Tap Room No 12 (formerly the Hop Inn Bier Shoppe) at 12 Burscough Steet in Ormskirk. Formerly a shop, it was converted into a single-roomed bar, and the wooden panels and genuine pub furniture successfully recreate the atmosphere of a traditional pub room. There's a choice of real ale, as you'd expect, but they can also sell you 20+ gins as well as craft and continental beers.
• Cider Pub of the Year is the Court Leet on Wheatsheaf Walk, just off Burscough Street in Ormskirk. This JD Wetherspoons pub is much more modern than the customary house style of the pub group with large windows and a bright and airy interior. The pub is on two levels with an open air balcony on the first floor overlooking the Ormskirk skyline.

North Merseyside
• Pub of the Year is the Guest House, Union Street, Southport. The impressive exterior is half timbered, and inside the walls are wood-panelled. It is mostly unaltered with three separate rooms, a drinking area around the bar and an outdoor drinking area to the rear. It regularly sells up to 11 real ales.
• Cider Pub of the Year is the Grasshopper, Sandon Road, Hillside. In addition to a good selection of real ales, this two-roomed micropub has the widest choice of ciders in the area. There are tables to the front where you can sit and enjoy the sunshine – when we get any. 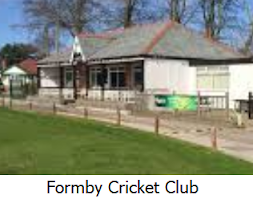 Club of the Year
Formby Golf Club in Cricket Path, Formby. This club has recently been celebrating the return to playing cricket after the lockdown. With a comfortable club house serving real ale, what better way to enjoy what has been described as the King of Sports?

► This is one of a series of articles that I write for the CAMRA column in our local papers, the Southport Visiter and Ormskirk Advertiser. Older articles on local pubs are here.
Posted by Neville Grundy at 1:11 pm