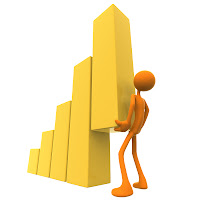 Last month, October, saw the highest number of hits this blog has ever had since I began it in March 2009. My ranking in the top 100 beer blogs has during the same period dropped by 12 places to 64. I do understand that the number of hits isn't how the rankings are determined. They explain it this way: "Blog ranking according to the score calculated by ebuzzing, based on various parameters (network of links to the blog coming from other blogs, shares of its articles on facebook, Twitter, …)"*, but I can't help feeling it odd that the main measure of a blog's success, i.e. how any people are reading it, doesn't count. I therefore can't take the rankings too seriously, even when, as has happened, I go up, because I fully expect to come down the following month, and I usually do.

The number of hits I received in October was helped partly by all the information I published about the Southport Beer Festival, so no doubt I'll get fewer hits this month now that's over. Perhaps I'll have a corresponding jump in the blog rankings.

* That is, presumably, in English.
Posted by Neville Grundy at 1:39 pm