It's funny how some things unaccountably stick in your head. I can remember some of the prices in our student bar when I arrived at Padgate College near Warrington in 1972:
Lager and Guinness were 15p and 18p, but I don't remember which was which. The fact that I recall them may reflect my priorities at the time (and ever since, some might say, citing this blog in evidence). Our college bar was cheap, but only at the level of the cheaper public bars* in the area - not cheaper. Using the Bank of England Inflation Calculator, these are the adjusted prices today if beer had increased only at the rate of inflation.

As these are what you'd pay for a half in most pubs here in the North West, it's obvious that the price of beer has increased at roughly double the rate of inflation since the early 1970s. I don't blame the brewers for this and we know from the rate of pub closures that it's not the licensees raking it in, so perhaps we need to look to the government and the pubcos for an explanation. Some evidence in support of this is the fact that brewery-owned pub chains, where they still exist, can be significantly cheaper than pubcos.

My objection to the pubco industry is that it is a business that rewards failure, something that should stick in the throat of everyone who believes in a free market economy. Rack up the charges to the tenants, who have to pass much of that on to the customer, and if the pub survives, you have a nice little earner to help pay off the ridiculous crippling debts with which pubcos are burdened (no tears here - they brought it on themselves), and if it fails, you can cash in by selling the property for redevelopment. Tenants theoretically own their own business, but they are tied to the pubco for supplies. Such a monopolistic situation inevitably leads to profiteering, rather like the company stores of old where employees of a company were paid partly in vouchers that could only be used at the company's own shop. 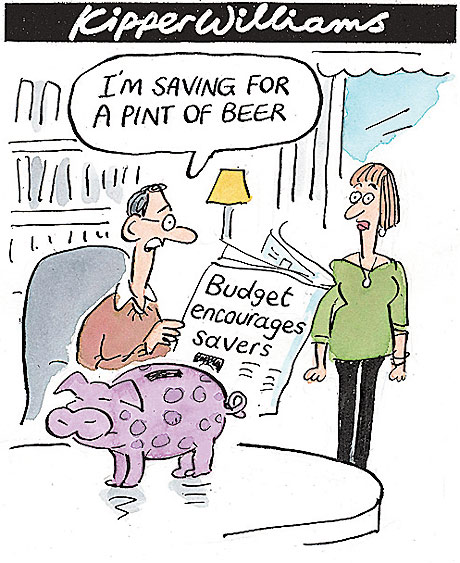 Notwithstanding the 2p reduction in beer duty in the last two budgets, our beer is still one of the most highly taxed in the EU. Politicians justify higher duty on both health and law and order grounds, although I don't recall any more mayhem and disorder on the streets in the 1970s than I see nowadays. My view is that taxation is a mechanism to pay for the costs of running the government: it should not be used as a form of social control, as it is with alcohol and cigarettes, because morality is a variable thing. What next? Heavy taxation on getting divorced to encourage families to stay together? Not as silly as it sounds: after all we have the married couple's tax allowance, an irrational bribe to stay together based on morality, not fiscal prudence. We all know that public schools get a tax break in the form of charity status, a situation based on ideology that defies any rational explanation. Unfortunately our society seems to heading in the direction of more and more of our life being dictated by politicians and lobbyists with a moral agenda. The concept of letting people do their own thing as long as you don't hurt others is being eroded by a subtle new puritanism that uses tax and bans rather than burning at the stake to impose its will.

There may be further beer tax cuts as Osborne tries to curry favour, but he is hitting stiff opposition from the anti-alcohol lobby with their predictable nonsense of "sending all the wrong messages". The only message I get when buy a pint is that it's expensive.