It was announced last week that the well-known British regional brewer, Fuller's of London, has sold its brewing concerns to the Japanese brewing multinational, Asahi. Fuller's Griffin Brewery in Chiswick is home to the famous London Pride which is popular across the UK and often seen locally in Merseyside and beyond. Fuller's will now concentrate solely on running its pubs with Asahi as its primary supplier, so I expect that in the short term drinkers may not notice much difference.

Over the years, Asahi has taken over many other breweries, such as Meantime, also in London and mainly known for craft beer, Grolsch in the Netherlands, Italy's Peroni, and Pilsner Urquell from the Czech Republic. As a truly international concern, it also owns many other brands not so well known in the UK.

It's always worrying when a piece of Britain's traditional brewing heritage falls into multinational ownership, not for Little Englander reasons, but mainly because the breweries acquired in this manner are in the control of boardrooms thousands of miles away. Fuller's has gone from being an independent traditional British brewer to just another brand in Asahi's large international brewing portfolio; as a result, decisions will be made by executives who are unfamiliar with the individual breweries concerned and who would be inclined to see them as little more than entries on a profit and loss account.

I expect that some drinkers will say that it's no great loss - someone usually does - but such a 'dog in the manger' attitude is quite contemptuous of the tastes of the many drinkers, the majority in fact, who have no wish to experiment on their nights out and consequently find a beer, or a few beers, that they like and stick to them. For many such drinkers, Fuller's beers, especially London Pride, fits the bill.

There have been all the usual reassurances about maintaining the production of the popular brands on their traditional site, and I do hope that those promises are kept. However, beer drinkers with long memories will remember similar commitments were regularly made after takeovers in the past - and almost as regularly betrayed. The fact that Meantime Brewery remains open might give us some reason to hope.

Asahi and Fuller's have both expressed satisfaction with this deal and complete confidence in the future of their two companies. As Mandy Rice-Davies might have commented: they would say that, wouldn't they?
Posted by Neville Grundy at 3:25 pm 3 comments:

Peaky Blinders, named after the popular TV series, is a bar and hotel situated in what we now call Northern Quarter. The main bar is prominent on the corner of Lord Street and Seabank Road; next door is their own cocktail lounge, and they provide accommodation above. The bar has been extended to create a lounge area, the décor hints at a 1920s style in keeping with the theme, the seating is comfortable and the large windows allow you to watch the world go by on Lord Street as you sip your drink.

I went on a Tuesday night with my friend Alan, expecting it to be quiet on a weekday. It was in fact fairly busy with quite a varied range of customers. I found the two staff friendly and helpful in answering my enquiries. We didn't go into the cocktail lounge (no real ale!), but I've seen from the outside that it can be busy at weekends.

Between us, Alan and I tried all five real ales on offer and found no problems with any of them. Cumbria Way from Robinson's is usually a regular beer, but it wasn't on when we visited. The real ales were: Cross Bay Blonde Sunset; Appleby Hawes Water; and three from Bowness: Gold, Swan Verdi and Amazon Amber. Peaky Blinders has been listed in the 2019 edition of CAMRA's Good Beer Guide.


Twelve fonts sell a variety of keg beers from Guinness to Hop House Lager and there's a choice of bottled beers, wines and a wide choice of spirits, especially gin, vodka, whisky and rum. There can't be many drinkers who wouldn't find something to suit their taste.

There is an outdoor seating area to the front on Lord Street for when the weather improves. Children are allowed in until early evening and dogs are permitted. They have a website, and also a Facebook page; I noticed that you can hire the cocktail lounge for your private function. The bar is open until 11.30 pm every day except Friday and Saturday when it closes at 12.30 am.

There is another branch of Peaky Blinders in Churchtown which I wrote about last July.

This is one of a series of articles that I write for the CAMRA column in our local papers, the Southport Visiter and Ormskirk Advertiser. Previous write-ups are here.
Posted by Neville Grundy at 4:52 pm 3 comments:

My friend Ann and I decided to pay a visit to the historic market town Ormskirk to stroll around the centre and have a look inside some of the pubs. The market was in full swing when we arrived by train; both the railway and bus stations are just a few minutes' walk from the town centre and all three pubs that we visited.

Our first port of call was the Cricketers on Chapel Street. It is pleasantly decorated and consists of the main pub room and an extension called the Pavilion, which is more set up for dining. There is also an upstairs room and a beer garden. Five real ales were on offer: Gold and Hen Harrier both from Bowland, OSB (Old School Brewery) Headmaster and Detention, and Salopian Shropshire Gold. The Cricketers has won local CAMRA awards for West Lancs Pub of the Year in 2015, 2017 and 2018. The pub is popular with diners and has an interesting menu; children are welcome. Monday evening is quiz night.

A short walk brought us to Tap Room No. 12 on Burscough Street. Formerly a shop, it was converted into a single-roomed bar, and the wooden panels and genuine pub furniture successfully recreate the atmosphere of a traditional pub room. They had the following real ales when we called in: Salopian Oracle, OSB School's Out, Problem Child Rapscallion and Wainwright. They can also sell you 20+ gins as well as craft and continental beers. Although it is a small bar, there are several regular events each week: quiz night on Wednesday, open mike on Thursday and live music between 4.00 and 10.00 pm on Saturday.

Our final stop was the Court Leet in Wheatsheaf Walk, just off Burscough Street. The most interesting feature of this pub is its open air balcony on the first floor. The real ales available were: Sharp's Doom Bar, Greene King Abbott, Clipaty Hop and Cheshire Gold, both from Coachhouse, Ruddles Best, Saxon Red Ale and Barbarian both from Parker, and Big Bog Quagmire. Ann was drinking wine and particularly enjoyed the Shiraz. For food, there is the usual Wetherspoon's range, and children are admitted.

The beer was in good order in all three pubs, and I hope to write about other pubs in this characterful town soon.

The name Court Leet was taken from the original Court Leet which used to run Ormskirk's municipal affairs from a building on this site until its abolition in 1876. Sometimes the town officials would adjourn after their business was concluded to a long-gone pub called the Old Wheatsheaf, after which Wheatsheaf Walk is named.
Posted by Neville Grundy at 4:28 am 5 comments: 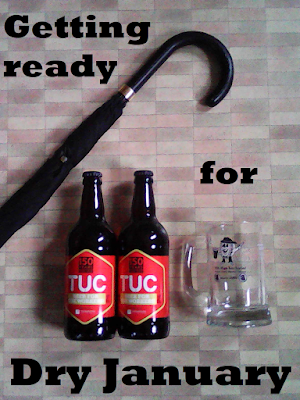 Posted by Neville Grundy at 1:32 pm No comments: