Killing the goose that lays the golden eggs 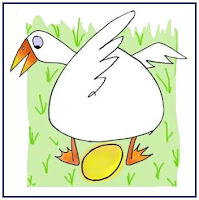 The Office of National Statistics states that the average price of a pint of draught bitter in 1988 was 91p and that 30 years later in 2018 it was £3.06. We all expect prices to rise, but according to the Bank of England inflation calculator, 91p in 1988 is equivalent to £2.39 in 2018. If inflation had been the only pressure on beer prices, that's what we'd be paying nowadays.

A year ago, YouGov conducted a survey with more than 40,000 respondents and found that beer was on average around 60p dearer than what drinkers considered reasonable. This means that, not just that beer is dearer in real terms, but drinkers feel they are being overcharged for it. How did this come about?

When the big brewers sold off their huge pub estates, most were bought by pub companies, who financed their purchases by mortgaging their newly-acquired properties. The 2007 financial crash then put most pubcos into massive debt; they are however too big to fail or they'd take the lenders down with them. To service these debts, pubcos charge very high rents for pub tenancies and insist the tenants buy their supplies through them, adding mark-ups that can be as much as 100% - just for passing on the order.

Then it was the government's turn. Beer duty has during this period been pushed up by much more than inflation, notwithstanding the odd duty freeze now and then. In addition, business rates, also set by central government, are disproportionately high when compared to other businesses with comparable turnovers. Talk about killing the goose that laid the golden eggs: if pubs are driven to close, they pay no duty or rates at all.

If you ever feel your pint is dearer nowadays in real terms, you're quite correct!

This is from an article I wrote for the CAMRA column in our local papers, the Southport Visiter and Ormskirk Advertiser. Some previous write-ups are here.
Posted by Neville Grundy at 5:49 am 4 comments:

Select 4 at the Southport Tavern

Local rock band, Select 4 which is led by guitarist Mick Cooper, will be playing a gig at the Southport Tavern (formerly the Albert) on London Street this Friday evening, 24 May.


The band plays a mixture of interesting well-known songs along with a few neglected classics. They tend to avoid the usual standard rock songs that many bands reach for.

To the right is a logo I designed for the band, but I don't know whether they have taken to using it!
Posted by Neville Grundy at 10:36 pm No comments: 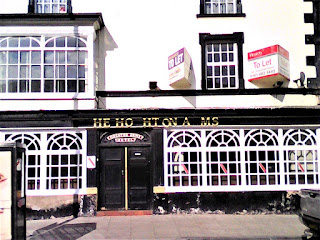 Passing this closed pub in Southport recently, the Hoghton Arms, I thought the obvious neglect gave one compelling reason why pubs are closing. Letters are missing from the name and the paintwork below the windows hasn't been touched for years. If I were looking for a pub to run, I'd just walk past this one. It wouldn't surprise me if planning permission was sought to develop the site.

I've seen this happen before. On my last visit to the London Hotel in Southport, the place had clearly not been decorated since long before the smoking ban as the ceiling was still heavily stained with nicotine, several of the light bulbs were broken and the whole place was dingy and unwelcoming. Unsurprisingly, there were only about three or four people in what was a large street corner people in a residential area, even though there wasn't another pub or bar nearby.

I e-mailed the owning company and asked about the rumour that the pub was to be closed down. I initially received nothing back but after a couple of reminders was sent a very guarded reply asking what my interest was: was I interested in buying the pub? I replied no, I was just a customer concerned about its future. I received no further response. Shortly afterwards came the inevitable announcement that the pub was unviable, although unsurprisingly they didn't mention that they had run it into the ground. A group of new houses now sit on the site.

Most pub companies are property companies and have no vested interest in maintaining their pubs, especially when they can get the equivalent of a massive lottery win by selling the land for redevelopment. Breweries were more likely to maintain their estates of pubs because they were outlets for their core product, beer, but as is well known such brewery estates are uncommon nowadays.

Even many apparently successful traditional pubs are, behind the scenes, struggling under inequitable tenancy agreements that require licensees to take responsibility for often quite major maintenance costs, as well as overcharging for the products on sale: licensees have told me about 50% to 100% mark-ups on beer as compared to the open market. Many pubs would be much more successful if they weren't tied and could buy their supplies where they wanted. Although I'm a Leftie, my understanding is that under capitalism competition is supposed be good for the economy by bringing prices down to benefit all of us - well, that's the theory we're fed. The tie ensures that pubco-owned pubs are denied even that dubious benefit.

Nothing is likely to be done because our rulers are quite happy if pubs close and we all stay at home, but people cannot be bullied into such behaviour against their will. The rise of new micropubs and bars, not tied to any company, are stepping into the breach, or even opening in areas that weren't previously served by any drinking establishments. For example, the Hillside area of Southport had no licensed premises at all until three years ago: now there are two new bars and a micropub, with two of them serving real ale (the Grasshopper and the Pines).

The down side is that we continue to lose irreplaceable traditional pubs that, if the owners had the will, could remain open. The success of various community pubs which had previously been closed by pubcos as unviable simply shows that the pubco business model is itself the problem.

I do know there are other factors in pub closures, such as excessive tax, unfair business rates, changes in how people socialise, and so on, but I have seen pubs allowed to deteriorate, often (in my opinion) quite deliberately.
Posted by Neville Grundy at 10:04 pm 4 comments: