The Christmas and New Year holiday is often an occasion to reflect on the past as well as look forward to the future. This post is about a couple of local real ale pubs that I used to frequent but which are now closed.

First is the Old Ship on Eastbank Street, Southport. I discovered this pub at a time when I was helping run a folk song club that had become homeless. A friend who worked at the brewery (Tetley Walker) arranged for us to use the function room which became our club's home for several years. I began to go there at other times and made many friends there.

The manager Charlie Oliver was popular and was known for his well-kept Walkers ales. Bikers liked the pub, which had a great rock juke box. I remember Meatloaf was blasting out with “I'll do anything for love but I won't do that”. One biker at the bar asked, “What won't he do for love?” His mate replied, “Lose weight.”

On another occasion, a young man was being obnoxious. When Charlie politely asked him to leave, he began to argue, at which five bikers simply stood up. He then decided discretion was the better part of valour and hurriedly left.

The Falstaff on King Street later became my local, and we used to hold informal song sessions there. It was managed by Gail Heyes (now at the Guest House), had an extensive choice of well-kept real ales that drew drinkers from far and wide, and a good value food menu as well. We held a few successful musical charity fundraisers there. Unfortunately this pub later had two extensive refurbishments in the space of 18 months, the most recent just over four years ago.

Regrettably both of these pubs have been closed and boarded up for some time, two of the 13,600 pubs that have closed in the UK since 2000. People walking past them now just see boarded up buildings, and most will be unaware that they used to be thriving community pubs, focal points for people to meet, have a few drinks and enjoy each other's company.

I'm sure most pubgoers realise that pub closures will accelerate as a result of the current pandemic. Our towns and cities will have more boarded up pubs to be sold for change of use or redevelopment. The government seems intent on doing the bare minimum to help - what's been offered has been wholly inadequate - and indeed seems to be opting for tier restrictions that are doing more harm than good. I'm not convinced that this is entirely due to their habitual incompetence - I suspect that there may be a hidden agenda, as I wrote here in September - but either way, the vaccine rollout will come too late to save thousands of pub from closure.

Support pubs for the long-term good

Regrettably, politicians adopting sad faces and praising pubs as the hearts of our communities won't save a single one from the consequences of prolonged closure or extremely restricted activity during the COVID-19 emergency. Decisive action is needed, not just for pubs but for the hospitality industry in general. The £1000 one-off payment in this month to wet-led pubs is like giving a single chip to someone who hasn't eaten for a week.

I, and many others, have explained the social value of pubs both before and during the pandemic, but there are also good pragmatic reasons for supporting the hospitality industry through the current problems. The licensees of most pubs are tenants running their own individual businesses in premises rented from a pub company; the days of pub managers employed by the brewery are largely in the past. If a licensee goes bankrupt, the pub's owners can advertise for another tenant, or they may decide to sell the building for redevelopment. Nowadays, a pub on a prime site can be worth much more to the owners closed and sold than open and operating, and if that happens, the business and the employment it provides is lost permanently.

It's consequently very worrying that we are in danger of losing many of our treasured locals because of the pandemic restrictions. If whole swathes of the hospitality industry do disappear permanently, the rise in long-term unemployment will be considerable. Unemployment doesn't come cheap.

In this situation, it makes more sense to help those businesses and jobs survive now and preserve as much of the hospitality industry's infrastructure as possible rather than having to pay for a huge increase in unemployment benefits for many years to come. Now is the time for our government to take the long view, but what's on offer at present is no more than crocodile tears and sympathy. Unfortunately, as we have a clueless government that believes to be 'oven ready' means taking a year or more to achieve absolutely nothing, I'm not optimistic.

► Many pubs were already struggling even before the pandemic, such as my one-time local, the Old Ship in Southport town centre, which had already closed when the pandemic struck.
Posted by Neville Grundy at 9:30 am No comments: 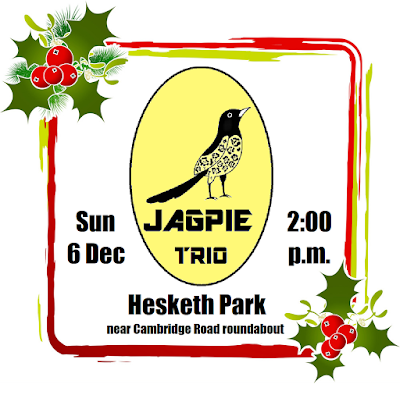 Posted by Neville Grundy at 3:54 pm No comments: