I've written a few times, most recently in September last year, about the hostility I've detected among some drinkers against the JD Wetherspoons pub chain. With lockdown, the news that Tim Martin told his staff to go away and get a job in Tesco's has given Spoons-haters the perfect moralistic justification for their antipathy. I've seen many posts on Facebook by indignant drinkers declaring that they will never drink in Spoons again and encouraging others to boycott the pub group. It is stating the obvious to say that no one is obliged to drink in any pub they don't want to enter, but trying to organise a boycott is another matter entirely. Is it the right thing to do?

JDW employs 43,000 staff, and all were paid when they were supposed to be, receiving either their wages or their furlough payments. If a boycott were to succeed even partially, JDW would have to make many of them redundant at a time when tens of thousands (if not more) of other workers are likely to lose their jobs because of CV19. Other jobs - in pubs or elsewhere - will not be so readily available as they were pre-lockdown. I saw on Facebook one boycott advocate declaring that as people will still be drinking, ex-JDW staff will all be able to get jobs elsewhere. This is nonsense:
In view of the above (and as a trade unionist I find the final bullet point particularly compelling), I see no logic in punishing JDW staff for the 'sins' of their boss.

I was going to leave this article there until I picked up the latest issue of 'Wetherspoon News' on Monday. I do understand that this is an in-house journal and what it says must be viewed in that light. However, Tim Martin has written a spirited defence of his company's actions at the beginning of lockdown, denying the accusations, and blaming the press's tendency to spin stories out of recognition and create pantomime villains. It's interesting that people who'd normally be sceptical, or at least questioning, about what they read or hear in the media (or MSM as some dismissively call it) have uncritically swallowed the anti-JDW story in its entirety. In support of his assertions, Martin has reprinted in the mag seven different press corrections to the story and a right of reply that he was given in a local paper. Newspapers don't like to print corrections, and won't do it on a whim. That they have done so is an admission that what they published contained inaccuracies.

I have no intention of reproducing his defence here - I'm not an apologist for the company which is much bigger and richer than me and, anyway, can speak for itself - but if you believe in seeing two sides to the story, I suggest you look at the mag, which is available free in all branches of Wetherspoons now.

Tales of tipples past 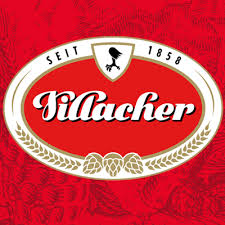 When I was 17, our scout troop went on a camping trip around the area where the borders of Austria, Yugoslavia (as it still was) and Italy meet. In Austria, we were staying near a city called Villach (pronounced Feel-ack). The local beer was Villacher Bier, which in itself we found mildly amusing because out loud it sounded to us a bit like 'feel like a beer'. About all I can remember is that it was a golden-coloured beer.

One evening, we were sitting in a beer garden and, having studied German briefly, I was instructing our group how to order beer in German ("Ein Bier bitte ... zwei Biere bitte ... drei Biere bitte ..." and so on). Some of the other drinkers were laughing at us when a dog walked in. It wandered hopefully from table to table and was completely ignored until it came to us; we of course patted and made a fuss of it. The dog with tail wagging furiously was loving every second of all this unaccustomed attention, but from the neighbouring table I heard just one word: "Englisch!"

In the late 1970s, at a time of petrol shortage, I had been to a party on the other side of Southport and in the early hours was cycling home on a bike borrowed from my brother. As I approached Lord Street, the main shopping street in Southport, it began to sleet and the bicycle chain broke. I managed to fix it, but it broke again a few minutes later.

Lord Street has a long canopy for most of its length so I was sheltered from the worst of the weather for part of the journey home, but it was going to be a long walk, until I had an idea, the kind that usually only occurs to you after a few pints. Treating the bike like a kid's scooter with one foot on a pedal and the other pushing on the ground, I was getting quite a good speed up.

Halfway along Lord Street is the Scarisbrick Hotel, something of a local landmark, and outside was standing a young policewoman. As I approached, she held up her hand to stop me and said: "I know there's a petrol shortage. Are you economising on bicycle oil?"

A few years later, I'd had several pints in the Park Hotel, a pub in Birkdale, and then went to a wine bar called the Grape Escape on Lord Street (now Waterstones book shop). A young lady helped me dispose of a couple of bottles of wine and promptly disappeared when the last one ran out, after which the bar shut anyway so it was time to go home.

As I started out, I realised I was going down a one-way street the wrong way so I carefully turned around and went a longer way home to avoid breaking any more one-way street regulations.

When I woke up the next morning, I remembered all of this - including the fact that I hadn't been driving: I'd been on foot all evening.
Posted by Neville Grundy at 3:27 pm 2 comments: