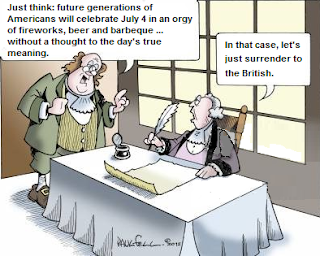 However, it turns out that today is the American beer day because on April 7, 1933, President Franklin Roosevelt took the first step toward ending Prohibition and signed a law that allowed people to brew and sell beer in the United States, as long as it remained below 4.0%.

Digging a bit further, I found that the Icelandic National Beer Day is on 1 March, marking the end of a 74 year prohibition on beer that began in 1915 and ended on 1 March 1989. Curiously, the ban on wine was lifted in 1921, and that on spirits in 1935. It was felt that beer, being weaker and cheaper, would lead to widespread depravity; this measure was therefore an early example of beer price rationing inspired by moral panic. I'm almost impressed by the prescience of the Icelandic killjoys!

These beer days are mainly for fun, I suppose, plus a bit of publicity for those making and selling beer, but last year the UK beer day completely passed me by. I'll try to do better this year.
Posted by Neville Grundy at 12:18 pm