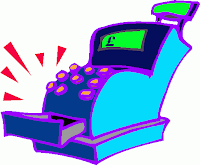 According to The Sunday Times, the price of a pint could rise by as much as 30p next year. The reasons given include:

One estimate is that overheads may rise by 4%. Youngs, for example, have said that its costs are likely to rise by £1.8 million. Both the Association of Licensed Multiple Retailers and the British Beer and Pub Association have told the government that transitional relief for business rates is needed.

I'm doubtful that such help will be forthcoming. A price rise of 30p would constitute an 8.67% increase on the average price of a pint in the UK, currently £3.46. Given that since 2010, austerity has meant that millions of British workers have had pay rises of 1%, none at all, or even pay cuts, such an increase will inevitably have an adverse effect on pubs, probably accelerating pub closures. Let's hope the government listens to the industry's submissions, but best not hold your breath.
Posted by Neville Grundy at 5:53 pm