Three unexpected stories from the world of beer that I've come across recently. 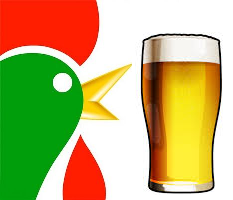 Seven Bro7hers Brewery in Salford has teamed up with cereal giant Kelloggs to produce a beer out of unused corn flakes. The flakes will be completely safe for human consumption, being those that are too big, too small, broken or overcooked. The first beer to use the flakes will be called Throw Away IPA with a strength of 5%. The limited edition beer will use the flakes to replace some of the wheat grain in the mix. Alison Watson from the brewery said: "Kellogg's recognises that it has an important role to play in reducing food waste, and that includes finding uses for edible food that doesn't make it into the cereal box. We plan to create three beers, including a hoppy IPA which will be launched this month." 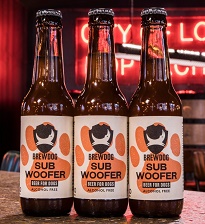 I had to check the date wasn't 1st April for the next one. Scottish brewery BrewDog is introducing Subwoofer IPA, which they say is the first beer produced just for dogs. The idea was developed by the Brewdog team in Liverpool, who reported that the prototype was popular with local dog lovers. Subwoofer is made with wort from the brewery, the same malted barley and hot water that are used in their human IPAs. There were three rounds of tasting trials with 25 dogs before the team was satisfied with the product. The beer is hop-free and not carbonated; it is also alcohol-free, which is just as well, seeing that most dogs are under 18. 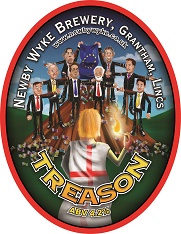 Newby Wyke of Grantham is brewing a beer in response the government's draft Brexit declaration: cheekily called 'Treason', it is a 4.2% ale. They've produced this beer before in relation to government ministers from all three major parties; they must like taking pot shots at any senior politicians who poke their heads above the parapet.

Brewer Robert March said: "One landlady said to me politicians and beer do not mix, but I replied they raise the beer taxes, so we can take the mickey. With what is going on with Brexit, I thought we should bring it back."
Posted by Neville Grundy at 12:05 am