Lighten up! It's only a joke! 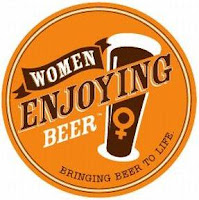 Jane Peyton has written an article in the Morning Advertiser with the title: 'Beer sexism: It's spelled ale not male'. I know this is old ground, but the fact that a woman still feels the need to write such an article indicates the problem hasn't gone away. No surprise there, really.

As a union rep, my duties used to include Equal Opportunities, later referred to as Equality and Diversity. I was also selected to be an Equal Opportunities trainer by my employer, and as such I ran one-day training courses that all staff had to attend. The question of jokes inevitably raised its head, mostly jokes about gender, race, and sexual orientation. I found the most difficult people to persuade were young males; women and older males tended to get the point.

Time and time again, I was told: "No one on our section minds". I'd reply by pointing out that if people didn't actively object, that didn't mean they weren't offended or upset, and in open plan offices, it's not just your immediate colleagues who will hear. And anyway, why would you want to behave in a way that upsets your colleagues? Even if you don't agree with why they're upset?

That last point is the key one. It's a matter of showing respect to others, accepting that they may have sensibilities you don't share and a different sense of humour from you. The Equal Opps training days I ran weren't necessarily intended to win hearts and  minds - you can't convert a sexist pig in a day - but to improve behaviour. In the training sessions, if no other argument worked, I would ask sceptical young lads: "Why would you want to upset someone who can put in a formal complaint about you - and win?"

There is, of course, no system of complaints against brewers' sexism, but the point about not upsetting people even if you don't accept their reasons for being upset should be very important to a businessman who wants to sell his products: why alienate 51% of the population? The final sanction for the brewer is not a formal complaint, but women not buying your products. Don't you want to sell more beer?

I've never seen beer names and pumpclips that make 'funny' degrading references to race, religion, disability or sexual orientation, so why do brewers pick on women? Mainly because they think they can get away with it. If certain brewers aren't persuaded by the principled objections to sexist 'jokes', then they should at least care about their sales. If you think your laddish jokes are more important than your profits, you're not much of a businessman. And don't forget: even 'lads' grow up in time, usually more quickly than sexist brewers, from what I can see.

As for any males who agree with what I've written, I'd ask you to do what I do: hit them in the pocket by not buying such beers.

In this article, I have deliberately referred to 'businessmen', mainly because I'm certain that all of those behind such juvenile humour are male.
Posted by Neville Grundy at 6:43 pm