So that's what they do with my subs! 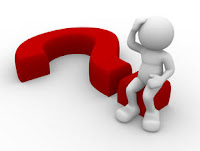 Why has CAMRA commissioned a YouGov survey asking which politician we'd most trust to run a local pub? Under the headline "Pint of the usual, Boris!", they have issued a press release declaring:

"The former Mayor of London and now Foreign Secretary would be most trusted to pull pints and lend a sympathetic ear across the bar, according to figures released at [CAMRA's] Great British Beer Festival, running all this week at Olympia London.

"More than one in five (22 per cent) of those surveyed by YouGov on behalf of CAMRA said they'd trust Johnson to run their local pub."

A closer look at that the figures can produce rather different interpretations:
You could regard this poll as merely a bit of harmless fun, or a pointless waste of money. Take your pick.

You can see the full results of the poll here.
Posted by Neville Grundy at 12:02 pm