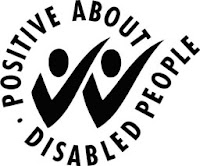 This story should make you pause next time you feel tempted to use the cliché, "political correctness gone mad". A woman who uses a wheelchair tried to use the disabled toilet in the Coronation pub in King Street, Southport. She found the toilet was so cluttered that she was unable to turn her wheelchair around; the problem was brought to the attention of the management. On a subsequent visit, despite phoning the pub in advance to remind them, there was no improvement and when a friend of the woman complained, she and her group were effectively banned. If they didn't like it, they were told, they should take it up with the brewery, which was Greene King. The full story appears in the local paper, the Southport Visiter.
I note that the article does not say that the Visiter contacted the pub for the other side of the story, so it is possible that this is an incomplete report. If it is accurate, it's quite disgraceful, but how can we be certain? I assume the Visiter didn't ask the pub for a comment, because if they had, they'd have said so, even if the response was "no comment" ~ and if they didn't, why not? I do feel inclined to give this story some credence, because it would be a bizarre complaint to go to the papers with otherwise, but my doubts remain.
I remember in the 1980s the Old Ship in Eastbank Street, Southport, having a fully equipped disabled toilet situated up a flight of three stairs. The pub has been rebuilt internally two or three times since then.
Posted by Neville Grundy at 6:24 pm