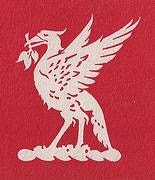 2014 marks something of a landmark for CAMRA Liverpool and Districts: they are finally putting some of their beer festival tickets on line. I've written about this a few times in recent years, particularly here, provoking quite a hostile reaction from a couple of members of that branch. In addition to some flak aimed at me, Doug Macadam, the chair of my own CAMRA branch (Southport and West Lancs), was harangued while working at the Liverpool beer festival and, for some reason, Ken and Carol Worthington of Wigan branch, friends of mine, were questioned too. All a gross overreaction: it was only me shouting my mouth off.

However, much as I'd like to think this blog is highly influential, I feel that Liverpool's move to on-line ticketing has less to do with anything I wrote and more to do with the festivals being run by Liverpool Organic Brewery and others in the city, all of whom effortlessly put their tickets on line. For some reason, CAMRA are still having their sales day, although this time it will involve queueing in the Augustus John pub near the cathedral rather than in the freezing cold outside the crypt, but on-line sales do mean that if you live further afield you have a chance of getting a ticket.

Perhaps we should remind ourselves why we have beer festivals. In their current form, they were invented by CAMRA in the 1970s as a way of campaigning, the idea was to show people that the range and - sometimes - quality of real ale could be much better than what they were used to locally. CAMRA's job has changed but is still necessary, as every year a new generation of drinkers upon reaching 18 is subjected to expensive advertising campaigns for the latest fad drink: it was alcopops for a while, but now it seems to be fruit or pear ciders. Some say CAMRA's work is done because real ale has been saved, but no situation is static: vast drinks corporations will always try to steer young drinkers towards high profit, mass-produced and easily handled products. They do this because real ale has a lower profit margin and is less easy to look after.

I am unsure how festivals charging £7 or £8 fit in to the campaigning ethic. Liverpool Organic Brewery can rightly point out that they are a business, not a campaign, but CAMRA can't say the same. Look at these other CAMRA festival prices as a contrast:

While it is generally true that the majority of people at festivals are already committed real drinkers, even though most of them aren't CAMRA members, I wonder whether the high admission prices being charged by all festivals in Liverpool will discourage those who might want just to find out about real ale and cider; will these festivals increasingly cater only for the converted? In my opinion, they will. Having to buy tickets in advance increases the tendency of the festivals to become drinking extravaganzas for the knowledgeable, seeing that most ordinary drinkers, whether they drink real ale or not, don't usually plan their drinking sessions weeks or months in advance. The three festivals listed above don't have advance tickets and, with lower admission charges, are more likely to cater for those who decide, perhaps at the last minute, "Come on, let's go and see what this beer festival's all about."

But I don't want to be too churlish: Liverpool CAMRA has after 2 or 3 years of "looking into" on-line tickets finally taken the plunge. It wasn't so bad after all, was it?

Having said all that, it is a well-run festival in a great venue, and it's not my intention to discourage anyone from going. I am simply reflecting upon what I see as a shift away from campaigning.
Posted by Neville Grundy at 5:54 pm