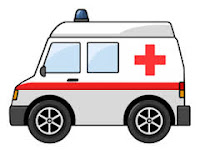 Last night outside my local, the Guest House, an old man who was well into his 80s fell and gashed his head. Both the licensee, Gail, and a barmaid, Marilyn, went out to help, taking out towels and sitting with him. After a while when the ambulance still hadn't turned up, a couple of pub regulars helped him inside to sit in the warm to wait. They checked he was okay before leaving themselves.

When the ambulance did arrive, the two female paramedics were very cheerful and helpful, and he confirmed that he had simply fallen, and not been mugged, before they took him away. In the meantime, the pub staff were trying to track down his daughter on a smart phone, as the info he gave them about her whereabouts was out of date, probably a result of confusion brought on by his fall.

I just saw a lot of concern. Where, I wondered, was the violent, selfish, drunken mayhem that the anti-alcohol brigade constantly claims fills the pubs and streets of our town and city centres at weekends? After all, they wouldn't lie just to try to scare people into staying at home at weekends, would they?
Posted by Neville Grundy at 5:34 am