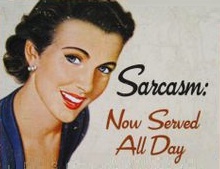 I've just read in What's Brewing that pub licensees are highly unlikely to be replaced by robots in the foreseeable future. Researchers at Oxford University found that there was a 0.4% chance of automated licensees, largely because of the social interaction and cultural knowledge required.

I also expect the robots were unable to inject sufficient sarcasm into phrases such as:

Posted by Neville Grundy at 4:04 pm