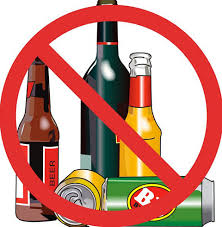 There was an eminently sensible article on the back page of the April edition of What's Brewing, the CAMRA newspaper, written by Dave Roberts of the Alcohol Information Partnership, an organisation I hadn't heard of before. The AIP aims to present a balanced view of the scientific data relating to alcohol, which immediately sets it apart from anti-alcohol organisations such as the fake charity Alcohol Concern.

He made similar points about the agenda of the anti-alcohol brigade to those that have been made by at various times by beer bloggers such as Curmudgeon, Tandleman, Paul Bailey as well as me. He describes their approach as abolitionist and carefully distinguishes their activities from those of genuine medical professionals who deal with the real health problems that misuse of alcohol can undoubtedly cause.

He describes how the abolitionists' own proposed courses of actions and objectives relating to alcohol are not evidence-based. He explains why their preferred methods - restricted advertising, increased price and reduced availability - are flawed. Concerning price, he states what some of us regard as blindingly obvious: addicted problem drinkers won't spend less on alcohol if the price goes up - they will spend less on essentials, sometimes causing deprivation for their families.

In a time when alcohol consumption, including binge drinking, is on the decline anyway, why do we need draconian policies? The only answer I can think of is to satisfy the anti-alcohol urges of the abolitionists.  He states that the AIP opposes any restrictions that are intended to further their anti-alcohol agenda.

It is a refreshing change to read some common sense on this issue beyond the confines of concerned beer bloggers, and it's encouraging to see our opinions confirmed by a knowledgeable authority. Now all we have to do is stop our mass media fuelling fear and worry among many people that (to use his words) "we are a nation of heavy drinkers, our town centres are no-go areas, and young people are drinking themselves into an early grave". Well, no pressure there, then!
Posted by Neville Grundy at 2:22 pm