The Port Street Beer House, Manchester, is going dark.  From 22 November to around 6 December, the Port Street is having an 'Old & Dark Festival'.  They have been gathering beers of these styles in the cellar for some time.  A couple are to be launched at special events:  Hardknott Vitesse Noir on 23 November and Magic Rock's new imperial stout, Bearded Lady, on 28 November.  According to their website, the beers will include:
Great Divide Yeti 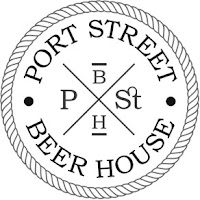 I understand that not all beers will be real; some will be in kegs.
The beer house is at 39 - 47 Port Street, Manchester, M1 1EQ.
Posted by Neville Grundy at 4:19 pm