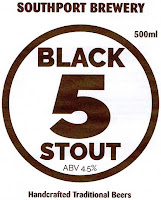 I've just come across an article in the Liverpool Echo on-line about breweries in Merseyside. They list nineteen, and I have to say I didn't realise there were that many; there's even a couple I hadn't heard of before. I must keep my ear closer to the ground.

Here in Southport, there are three: Southport Brewery, a veteran now of 11 years; Parker Brewery in Banks just outside the Southport boundary, but proclaiming its Southport credentials; and the newest, 3 Potts, which is a near neighbour of Southport Brewery. Other breweries nearby include Burscough Brewery in West Lancs, Neptune Brewery in Maghull, Red Star Brewery in Formby, and Rock The Boat Brewery in Little Crosby. More details of these and other Merseyside breweries can be found in the Echo's article. 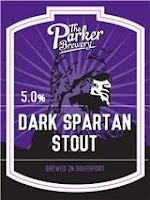 The most interesting point about all of this is that before 2003, none of these breweries existed at all. After the old Higsons Brewery in Liverpool was closed by Whitbread in 1990, Merseyside and the surrounding areas didn't have a single brewery, and I certainly recall the Liverpool CAMRA branch mourning the loss of all its breweries in a city that had once proudly had quite a few. Although some of us tend to think we know about this subject, none of us ever anticipated the resurgence that has occurred.

I've had beers from most of the breweries listed in the article, and haven't been disappointed. Some aren't entirely to my taste, but that's not the same as saying they're no good. In contrast, some of the old regionals and locally based nationals that we had, such as Matthew Brown, Greenall Whitley and Tetley Walker produced at best mediocre beer, and at worst unpleasant slop (Higsons was the honourable exception). Such an accusation cannot be aimed at these newer breweries, whether you like their products or not. 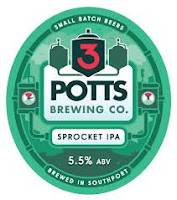 As for all our previous mourning over the passing of the era of brewing in and around Merseyside, never say never.

The one odd note in the article is that it states that the owners of Cains say they hope to be brewing again within two years. My message to them would be: either seriously get your act together or don't bother. Cains beers became utter rubbish before the company went bankrupt for the second time. While they were thereby destroying any remaining brand loyalty, far superior competitors appeared on the scene. My view is that in the changed beer scene in Merseyside, they'd have a hard job re-establishing themselves.
Posted by Neville Grundy at 2:53 pm