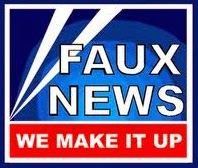 This is something I've been thinking about for a while.

A few years ago, a blogger who then ran a pub wrote a post about a stroppy customer that I found frankly implausible. I wrote a comment explaining why I wasn't convinced and was surprised to be told that the story was about separate incidents that the writer had condensed into one, and that he'd done so in order to try to develop his writing skills. While there is nothing wrong with self-improvement, this deceit meant that the incident which he'd reported as fact never actually happened.

Another blogger wrote how in a pub in London, he'd observed a drinker order a pint and tell the barman that he should get free beer because CAMRA had saved real ale, and he was a member. I found this unconvincing because, despite having been a member myself for around 30 years, I've never seen a member behave in such a bad way. The writer then added that the drinker joined his mate at a table where they began to exchange train spotting videos. Not just a bad mannered CAMRA member demanding free drinks, but a train spotter to boot! I thought this pudding well well and truly over-egged with stereotypes.

I have a couple of other unconvincing stories I can cite, but the question is: does it really matter if people make up, or grossly exaggerate, stories? I believe it does because in all cases the writer wants you to accept that the incident actually happened as reported. I stopped buying daily newspapers a few years ago because, as I read them, I found myself wondering how much was true, how much exaggerated, and how much downright lies. I don't want to be doing that with blogs.

I'm certain that most bloggers are honest in their writing, if only because I can't see any point in doing this kind of thing otherwise. Unlike professional journalists, most of us don't make a living from writing blogs, so there can be no financial benefits from lying or exaggerating. If you have to be dishonest to make a point, why bother? There's is absolutely nothing wrong with making up a hypothetical example to illustrate a point, as long as you make it clear. Just don't tell lies: it really annoys me.
Posted by Neville Grundy at 4:15 am